Cool, Circus in Germany No Longer Use Animals, Replaced Holograms! 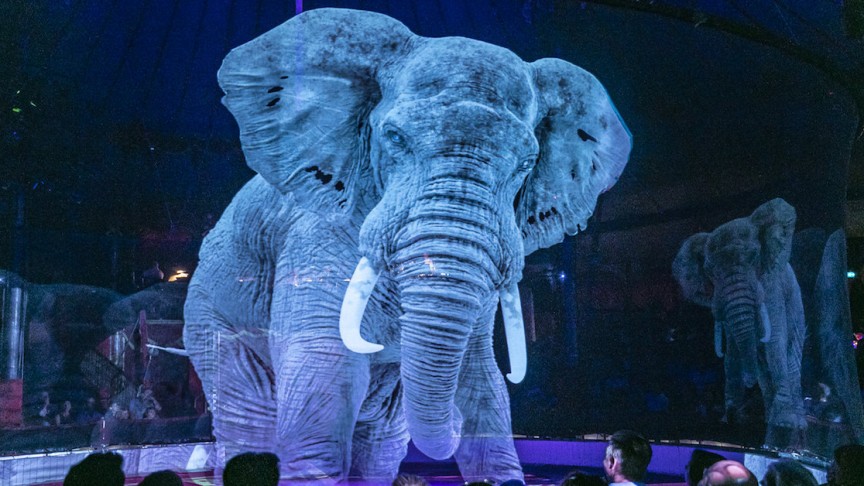 A circus in Germany decides to no longer use live animals at its shows. The reason is really touching, because they don’t want to hurt animals.

Roncalli Circus is the first circus in the world that no longer involves living animals. They replace living animals such as elephants, lions, horses, to circus dogs by using holographic technology.

Yes, visitors will be entertained by animal shows in the form of holograms that are fired by projectors at the circus arena. There are 11 ZU850 laser projectors used to create this cool show.

This super-sophisticated technology was developed by a collaboration of companies called Otoma and BlueBOX. The holographic image of the animals created looks like reality.

This hologram animal can even be invited to interact with the audience. More than that, no live animals are tortured in the sophisticated show.

“Most circuses use artists and clowns in their shows, but our focus at the Roncalli Circus is how to create poetic and unique shows,” said Markus Strobl, Media Director of Roncalli Circus.

The use of live animals for circus shows has been a debate for nearly the last 3 decades. Many animal lovers consider the act of involving animals in a circus performance as a form of torture.

Campaigns from animal lovers organizations such as PETA, demand that circus shows no longer use animals as part of entertainment attractions. Moreover, it is common knowledge that to train the animals, they use a fairly barbaric method.

The audience who watched the hologram circus for the first time, also claimed to be impressed. They praised the Roncalli Circus for finally stopping the action of animals in the show.

“Amazing. Thank you Circus Roncalli for your generosity and affection,” tweeted @JessciaKnapik.

“The holographic performance is very contemporary, and the fact that this circus is not the animal involved is very good,” commented Katja Burkard.

In England, the prohibition of animals for circus attractions is contained in a law which became effective January 2020. Animals such as camels, deer and zebras are prohibited for circus operators throughout the UK.